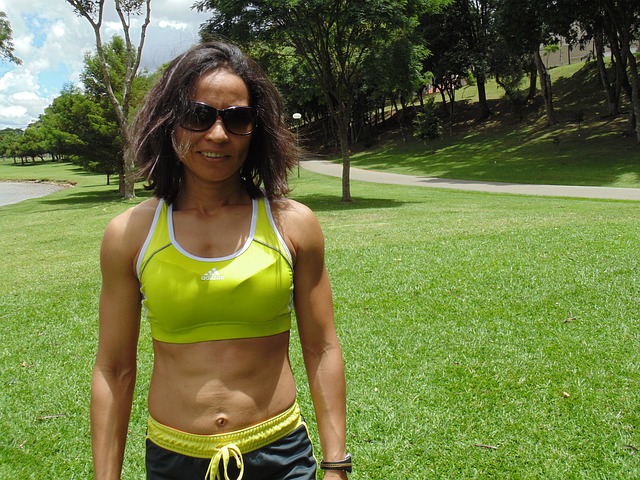 Muscles are dumb. They do not recognize a dumbbell from a resistance band or from simply lifting your own body weight. However, what does happen is the body responds and adapts differently to different training tools.

These different adaptations are why training on a daily basis with a flat, continuously-looped resistance band becomes important. Resistance band training for seniors will develop certain components of functional strength, like balance, mobility, usable strength, better than using free weights like a dumbbell, barbells, kettlebell, medicine ball, barbell, or a sandbag.  Plus a band’s  unmatched light weight, portability and low cost make it very convenient for seniors to exercise right at home.

There are two ways to decrease band resistance when using bands. One is to decrease starting tension by positioning yourself closer to the band attachment site.

The other way is to decrease band resistance is by using a smaller band. Both of these options can be quickly manipulated during the rest/transition time, while performing a band strength circuit.

The fact is bands allow seniors to make quick changes in resistance based on their energy levels.

How to Set Up Your Workout

For the most effective resistance band training, I recommend using time-based, versus rep-based sets. This allows individuals to focus on the exercise  and effort, versus having to count reps.

I recommend a 30-second work time, followed by a 30-second rest/transition time when first starting out. Following this exercise interval sequence, perform one exercise for 30 seconds, before resting and preparing for the next exercise.

I suggest starting with the above mentioned exercises and performing all six before taking a one-minute rest and repeating the sequence. Attempt to perform two or three total rounds of these 6 exercises.

As strength and familiarity with the exercises improve, individuals can advance this workout by increasing workout time to 40 seconds and decreasing rest/transition time to 20 seconds for each exercise.

However, I recommend starting with a smaller yellow super-micro or red  small band to ensure you are performing the exercise safely and with optimal movement quality.

Tips for Seniors on Choosing Their Resistance Band

Having worked in both a physical therapy environment as well as a fitness environment, I have determined which bands work best for the senior population.

The key is to make sure that you can initiate an exercise with a slight tension already placed on the band. You should also be able to complete a full range of motion knowing the resistance will become more demanding at the end of exercises versus the beginning. 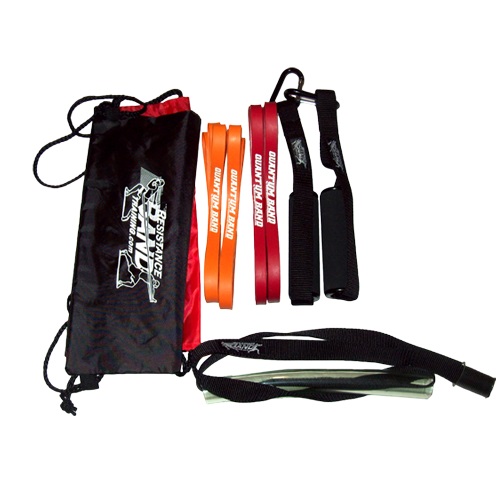