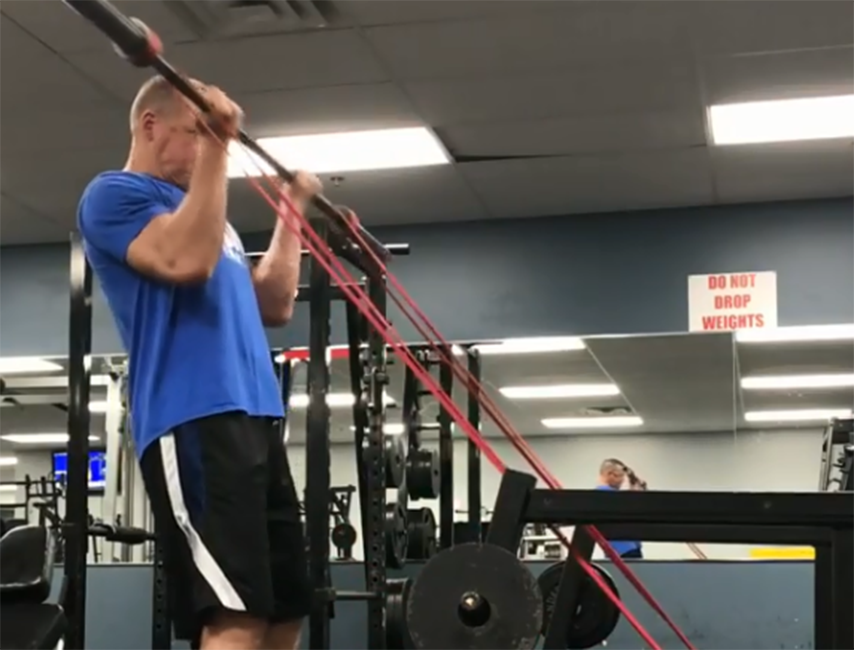 Variable resistance training is not just for athletes or power-lifters

Very often when trainers or coaches talk about training with variable resistance they do so with athletes or highly-skilled strength training individuals in mind.

Combining band resistance with free weight resistance, which is referred to as variable resistance training, is an effective way for anyone to strength train who doesn’t want to overload the body and related joints with heavy weight.

Plus, when combining free weights and bands, it allows muscles to be challenged through the entire range of motion utilizing different repetition speeds. This, in turn, recruits fast twitch muscle fibers. Both of these benefits can not be achieved when separately training with bands or free weights.

The #1 key to successfully training with variable resistance is choosing the safest and most efficient band set-up based on the tools being used and muscle groups being targeted. There are essentially 3 types of set-up options.

1. Band Attached to the Body

This is easily the safest and most efficient way to train with variable resistance. Attaching the band to the body is the safest because the band resistance is placed as proximal to the body as possible. This decreases the need for a high level of stabilization and balance. It is also the most efficient because the band does not have to be removed or reattached to the barbell in order to change resistance or perform a different exercise.

Here are the 3 most common ways to attach the band to the body.

2. Attaching the Band to the Weighted Tool

Attaching the band to the actual weighted tool such as a dumbbell or barbell will increase the lever arm. This, in turn, requires a greater level of balance, stability and movement skill. As a result, this will be a more advanced way to train with variable resistance. It will require a slightly higher level of strength training experience.

Attaching the Band to the Weight Tool

3. Attaching the Band to a Machine 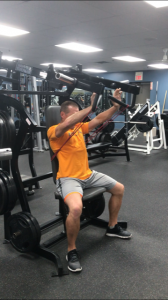 Get Workouts, Coaching and a Variable Resistance Training Program Done For YOU