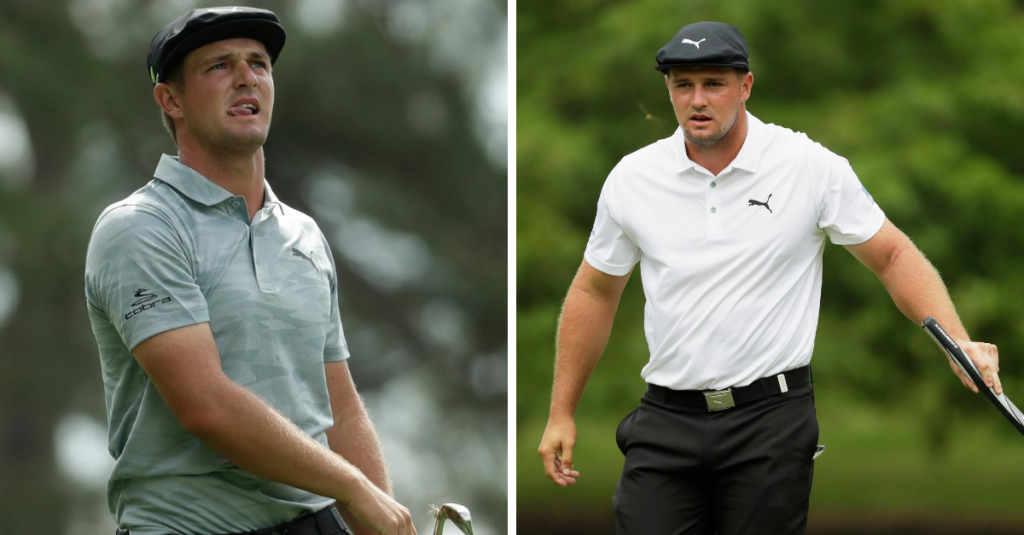 As of late, I have been viewing the role of strength and conditioning, and physical preparation through two lenses.

I had the opportunity to discuss this and more on a recent Jochum Strength Podcast, Episode 85, go check it out HERE.

Let’s dive into each lens, highlight its unique importance, and then bring them together to create the ideal athlete. Then, I’ll pose these questions to you: Which side are you on? Which lens do you look through?

After that, we’ll complete a quick case study of Bryson DeChambeau, and look at his dramatic physical and performance transformation through these two lenses.

Probably the most well established role of physical training is increasing the body’s ability to create physical outputs.

An output is defined as the amount of something produced by a person, machine or industry. It is purely a quantitative metric looking at efficiency, not effectiveness.

How much force can you produce?

How much active mobility do you have?

How fast are you?

How far can you jump?

How far can you throw a medicine ball? How fast?

We are missing a bridge between output creation and sport, and I believe the bridge is learning output expression.

What can I do with my newfound outputs?

How can I utilize my strength in the context of my sport?

How can I apply my newfound rotational abilities to my golf swing?

This is the trickier piece of the equation because it’s hard to define, it’s tough to test, and it’s nearly impossible to quantifiably track.

The best athletes in the world, in my opinion, have the ability to express their outputs better than everybody else. Of course, many of them have elite outputs to draw upon (DK Metcalf, Tiger Woods, Lebron James, Michael Phelps). On the flip side, many more have relatively less outputs to draw upon, but yet can express what they do have with extreme precision, energy, and creativity (John Daly, Tom Brady, Jerry Rice, Colin Morikawa, etc.)

So how do we actually go about bridging the gap between output creation and sport? How do we go about learning to express outputs?

The best way is to, get this, play the sport with your newfound outputs.

If you gain 3 inches on your vert in an offseason, what is the best way to apply that to your basketball abilities… playing basketball.

If you gain 10 lbs of muscle and higher joint ranges of motion in an offseason, what is the best way to apply these to your golf swing… play golf.

I believe there are ways that we as sports performance and “strength and conditioning” coaches can and should help guide athletes to express their outputs.

Exposing athletes to various environments, creating different opportunities for them to showcase their outputs places them in a state of learning. Allow your athletes to explore their outputs, and tap into their true movement potential by giving freedom and encouraging creativity. By adjusting and adapting the training environment consistently, and by giving the athlete the appropriate environmental information to explore, an athlete will be forced to perceive and utilize their movement and their outputs differently, and thus, unlocking newfound movement potential.

Variability will create adaptability and learning.

By continually exposing and stressing athletes in new ways with new movements, environments, contexts, problems, stimuli, and tasks we can help the athlete build adaptability in their movement system and learn how to maximally express their output ability.

It takes both, a large output base to draw upon as well as the ability to express these outputs, in order to truly create an ideal athlete.

So, let me pose the question, which side are you on?

Do you have a large output base to draw upon, but struggle expressing those outputs in the context of sport?

If so, we will call you an accountant. Why you may ask? First, because this is me. I have the physical outputs to succeed at golf, but yet I am still learning how to express my physical outputs and perform on the course. Even as a collegiate football athlete, I often found myself having the physical tools to succeed but failed to express them in a successful manner within the context of the sport. And further, I worked as an accountant for a year after graduating so it seemed fitting in that regard too.

But also, I think the job of an accountant is very synonymous with this end of the spectrum… let me explain. While everybody I worked with during my time crunching numbers had the physical capabilities to perform their jobs at a high level, we worked extremely hard, sat at our desks for long hours, and got the monotonous work done, there was no expression, creativity, or variability in the job. We sat, we did the work, we went home. We had the physical outputs necessary for success, but there wasn’t much true expression of those outputs.

Many football players and “weight room” sports (by this I mean those with a culture founded on weight room strength training) find themselves on this side of the spectrum. They have the strength, the speed, the jumping and the cutting abilities, but they struggle expressing those physical outputs in a creative and problem solving manner to truly succeed on the field.

If this sounds like you, you are an accountant.

Now, on the flip side, do you have a relatively smaller output base to draw upon but can express the outputs that you do have at a high level?

We will call you an artist. While obviously having serious abilities and outputs to draw upon (as showcased in their artistic abilities) artists are extremely skilled at expressing the outputs that they have in whatever art form they choose. They have the creativity and problem solving ability to navigate their physical outputs and create something beautiful. However, artists’ jobs are much more variable due to the fact that they rely on their expressions and creativity, as opposed to the accountant that relies on their physical outputs.

Are you physically output driven? Do you succeed because of your outputs? Are you an accountant?

Are you output expression driven? Do you succeed because of your ability to express the outputs you maintain? Are you an artist?

Bryson DeChambaeu, PGA Tour Golfer, has gone through a dramatic physical transformation over the last couple of years. He has gained 40 lbs and his strength numbers are through the roof (output creation). He’s gained speed too. In 2017, Bryson was averaging a ball speed of 174 mph off the tee. In 2021 he is currently averaging 190+ mph. In that same time, driving distance has increased from an average of 299 yards off the tee to a whopping 322.

So let’s relate this to the two lenses we discussed earlier. Clearly his physical prowess and physical output reserve that he can draw upon has gone up. It’s evident. Look at the before and after picture below and look at the numbers I listed above… 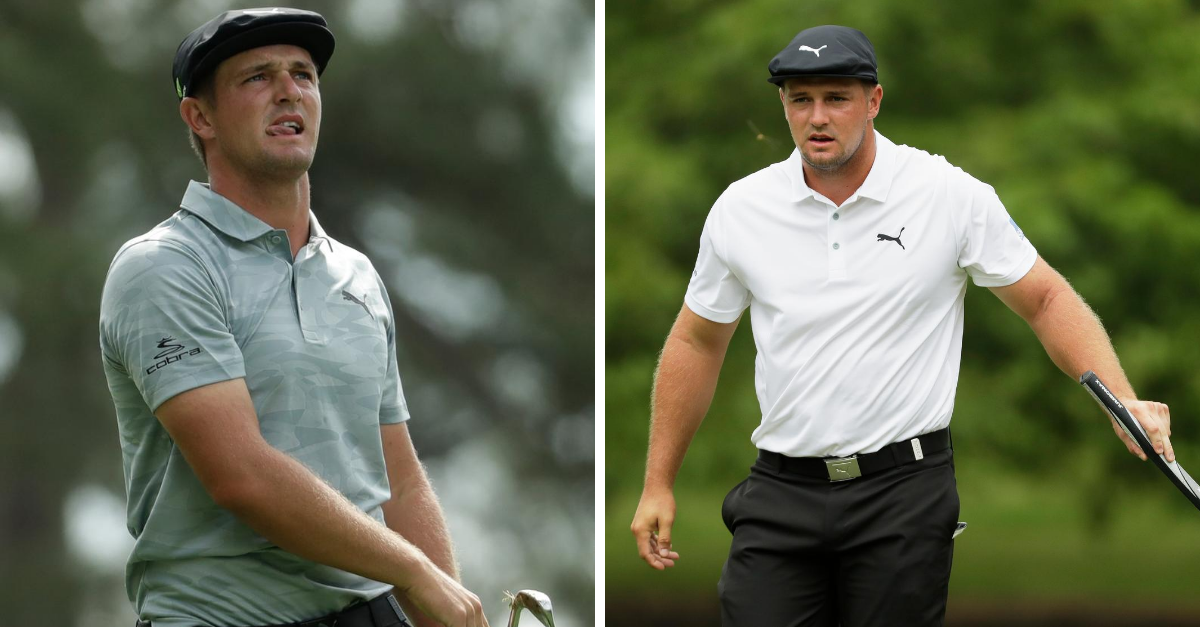 However, simply increasing this physical output reserve alone would not have created the huge increases in PGA Tour performance that he’s experienced over the last few years. His swing has undergone many, many changes in order to adapt to and maximize his newfound output reserve..

For example, he takes a much faster backswing these days than in the past. By doing so, he is attempting to tap into higher levels of stretch shortening cycle activity and momentum. Check out the video below:

And lastly, his swing and speed training has risen to an intensity and purposefulness that is inspiring. It is amongst these training sessions that we can actually witness himself translating his newfound physical output base into expression and a successful golf swing.

It is evident, not only did Bryson increase his physical output base (the accountant within him) but he also increased his ability to express those outputs (his inner artist).

It takes both, not one or the other.

So, I’ll pose the question that will be crucial to your athletic development… which side are you on? Which lens do you look through? 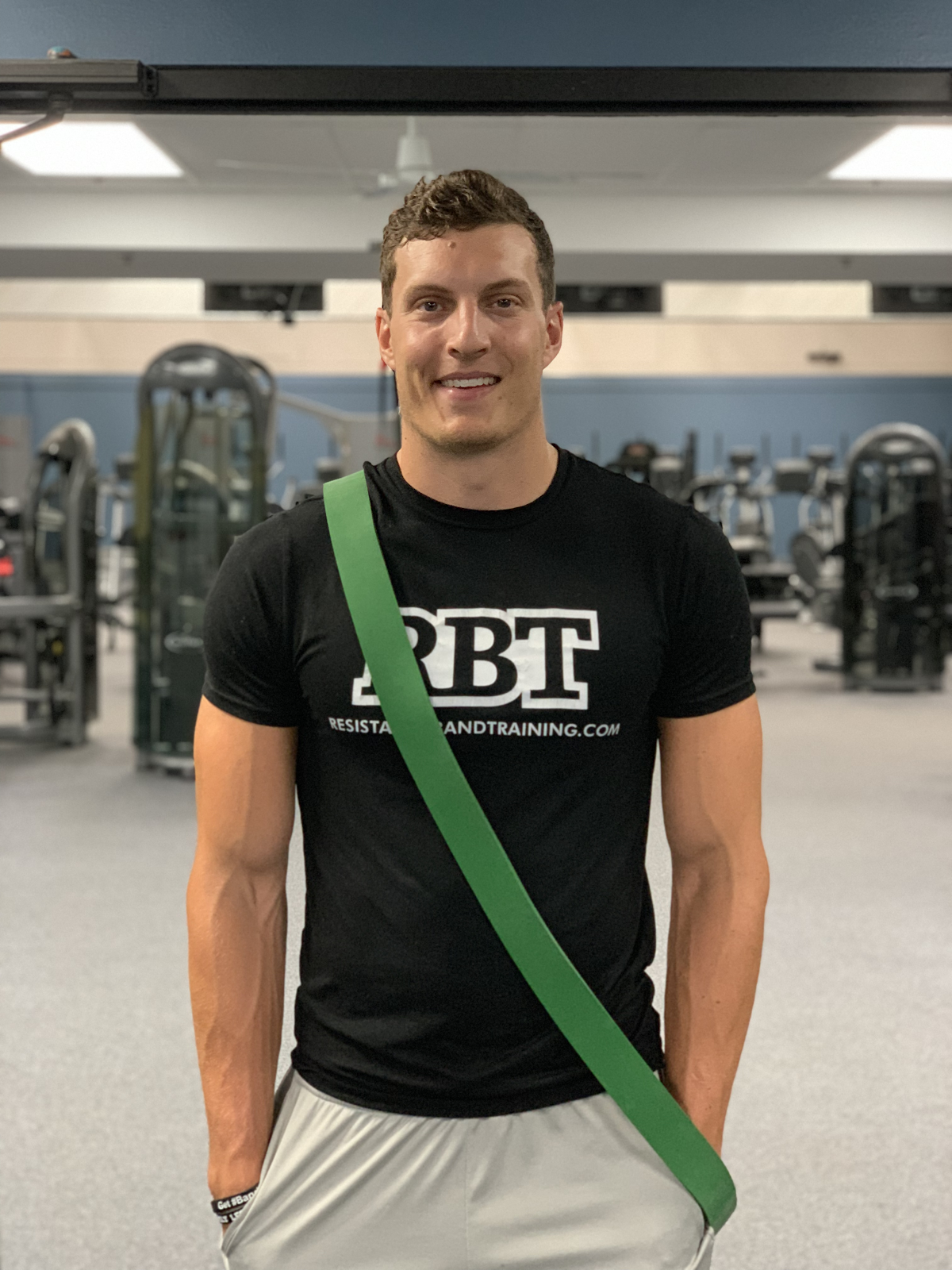 I graduated from the University of St. Thomas in 2019 with a business degree and a minor in exercise science. While there, I played football (as long as we consider being a kicker, playing football) and found two of the deepest passions in life - learning and human performance. Since then, I have become a certified strength coach, TPI Specialist and have had the opportunity to train hundreds of athletes ranging from the middle school to the professional level.

I believe that everybody has extraordinarily high amounts of value to offer.

I believe that the pursuit of improvement will lead to growth, no matter the outcomes.

With my writing, I strive to break down and apply complex ideas in order to boost understanding, draw comparisons from seemingly separated and opposing topics, and empower growth in my readers. Knowledge and understanding are power, and they create the foundation of improvement. Moving forward, I plan on continuing to seek the betterment of my athletes, myself and my community, empowering growth along the way.

Join our Newsletter!
Each week you'll get free workouts, tips, and discounts sent to your inbox.