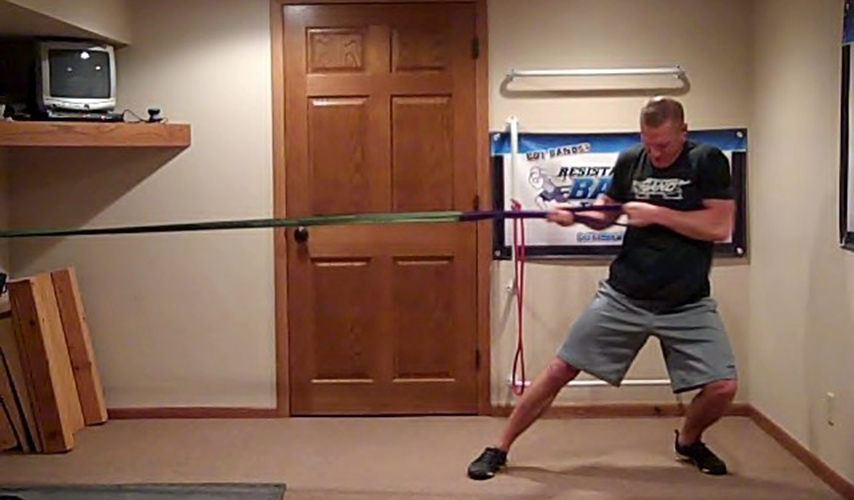 A body that exercises in one plane loses the ability to move in other planes. This is the case if you only lift weights which only allows you to train in one plane of motion using 1 force vector. The key to staying flexible, mobile and strong is to band train in multiple planes of motion.

7 Ways to Train Outside the Sagittal Plane

Here are 7 exercises that demonstrate how to train outside the sagittal plane.

Hose pulls bring in the transverse (rotational) plane into a simple horizontal pulling exercise. Not only does this work the mid-back muscles but, based on how you place your foot, it will also create a significant stabilizing demand on the hip muscles. Specifically the Glute Medius.

3. Overhead Triceps Press with a Back Step

With a strong horizontal vector and an overhead reach, that activates the abs instantly, this band training exercise, turns routine triceps presses into a reactive deceleration exercise with the emphasis on the abs as the primary decelerator of movement.

This is primarily a band training exercise that impacts the vertical force vector. However, adding a simple lateral or drop step action to the movement instantly loads the frontal plane and transverse plane unilaterally. Not to mention it really jacks up the metabolic workload.

5. Turn and Go with Shuffle Returns

A simple horizontal chest press with bands takes on a totally different effect when adding in the transverse plane. This movement will require the core to deal with a posterior directed force from the band which will be translated down into the hip as well.

Being a single arm exercise, it also creates an off-set load that immediately brings in the opposite side obliques to assist with stabilization on the eccentric phase and force production on the concentric phase.

This takes a simple standing pillar out of the traditional saggital plane and puts it directly into the frontal plane. Not only does this simple band training exercise teach the core how to stabilize in the frontal plane, it also integrates the hip to do the same thing.

The following video demonstrates all of these Band Training Exercises 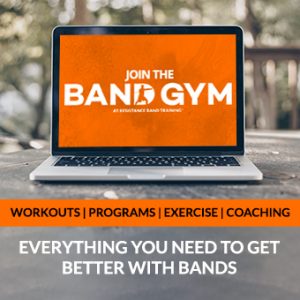 These resources will keep you training in multiple planes and your body moving, feeling and looking great.

Learn More About Training in The Band Gym

6 Responses to "Band Training in Multiple Planes of Motion"